"Recombination Chamber" is a multi channel audio/visual installation inspired by the notion of the meeting place, a space in which connections are formed, ideas recombine and novel configurations of the future arise.


The goal of the environment is to encourage a mesmerizing state like that experienced watching a campfire or listening to crickets. Pre-recorded sound and image are shuffled and replayed at random, momentarily assembling into recognizable forms reflecting subconscious associations. 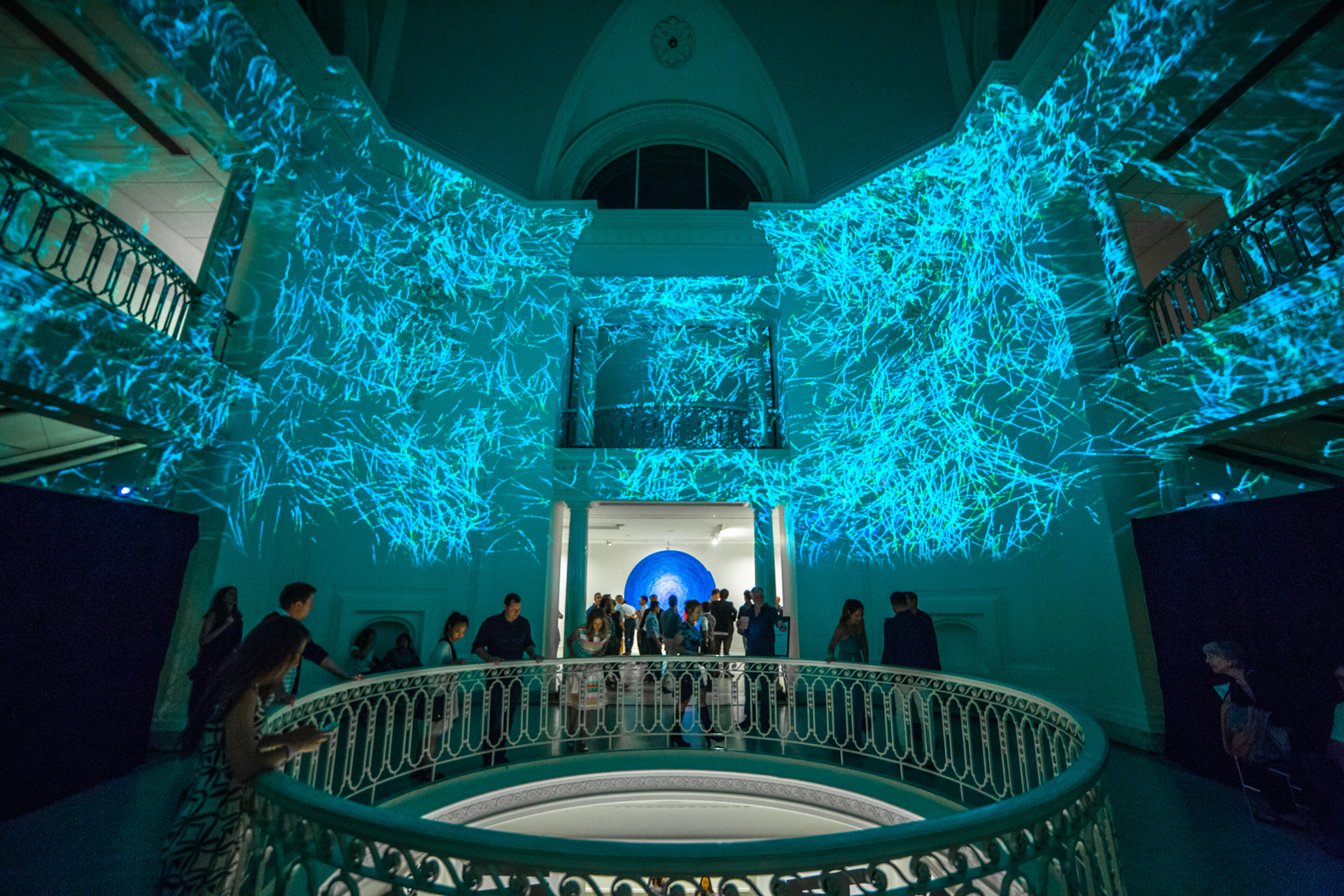 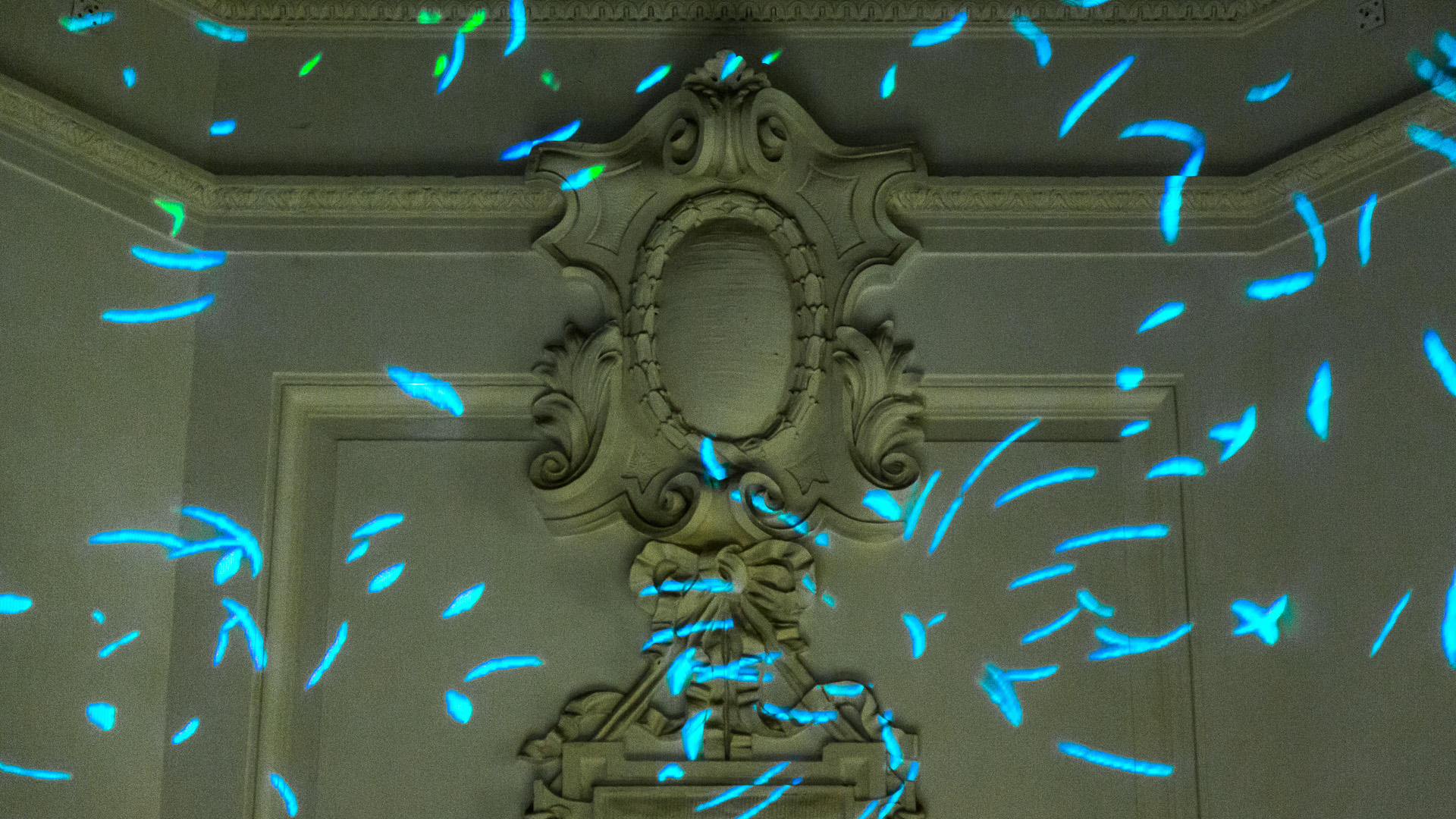 An interface was designed to control the installation wirelessly via mobile device. The controls allow for triggering of visual and audio scenes, adjustment of color and speed.

The control surface served as a way to feed the room's energy back onto itself.
‍
TouchOSC
Resolume Avenue
Maya
‍ 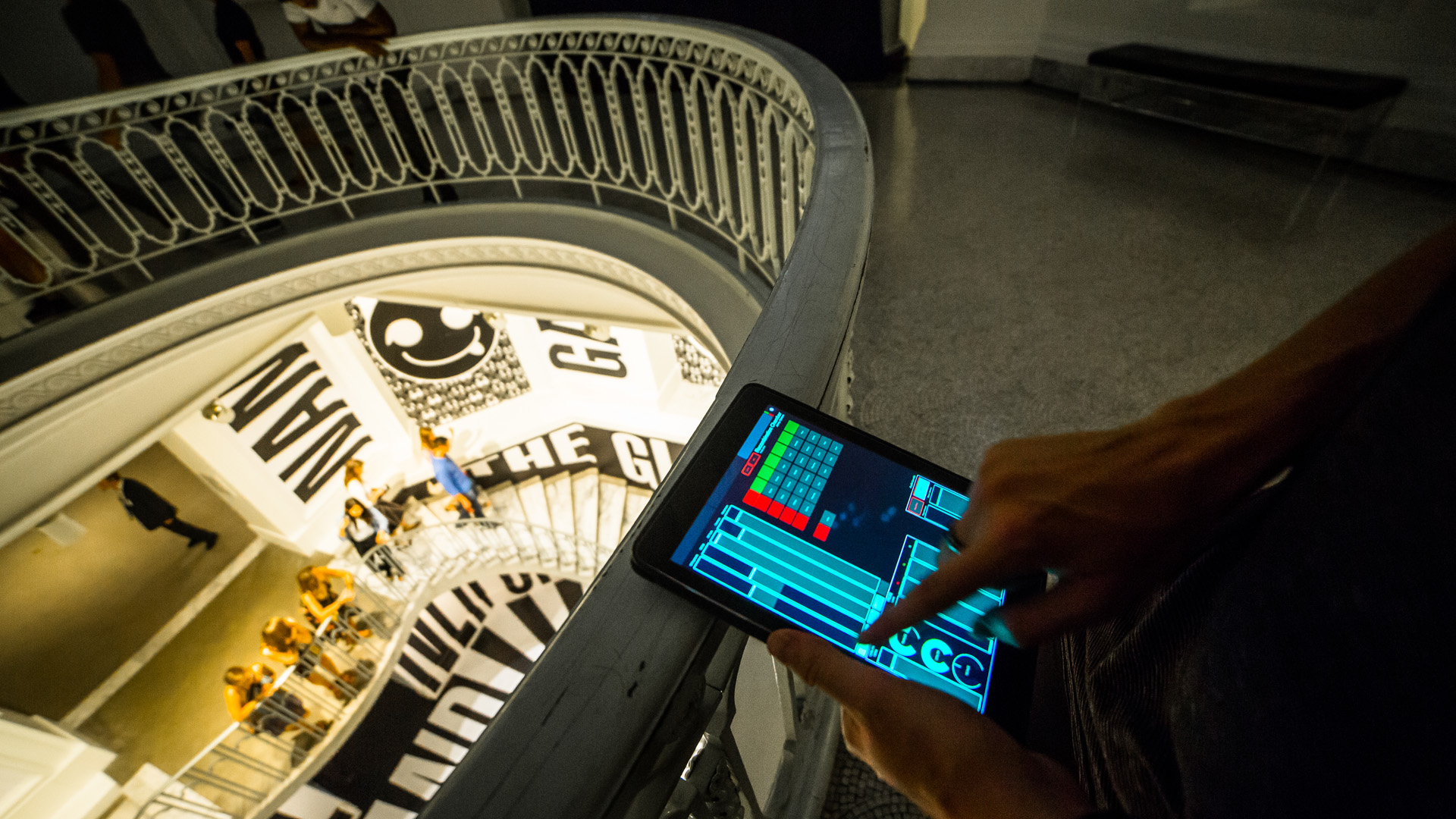 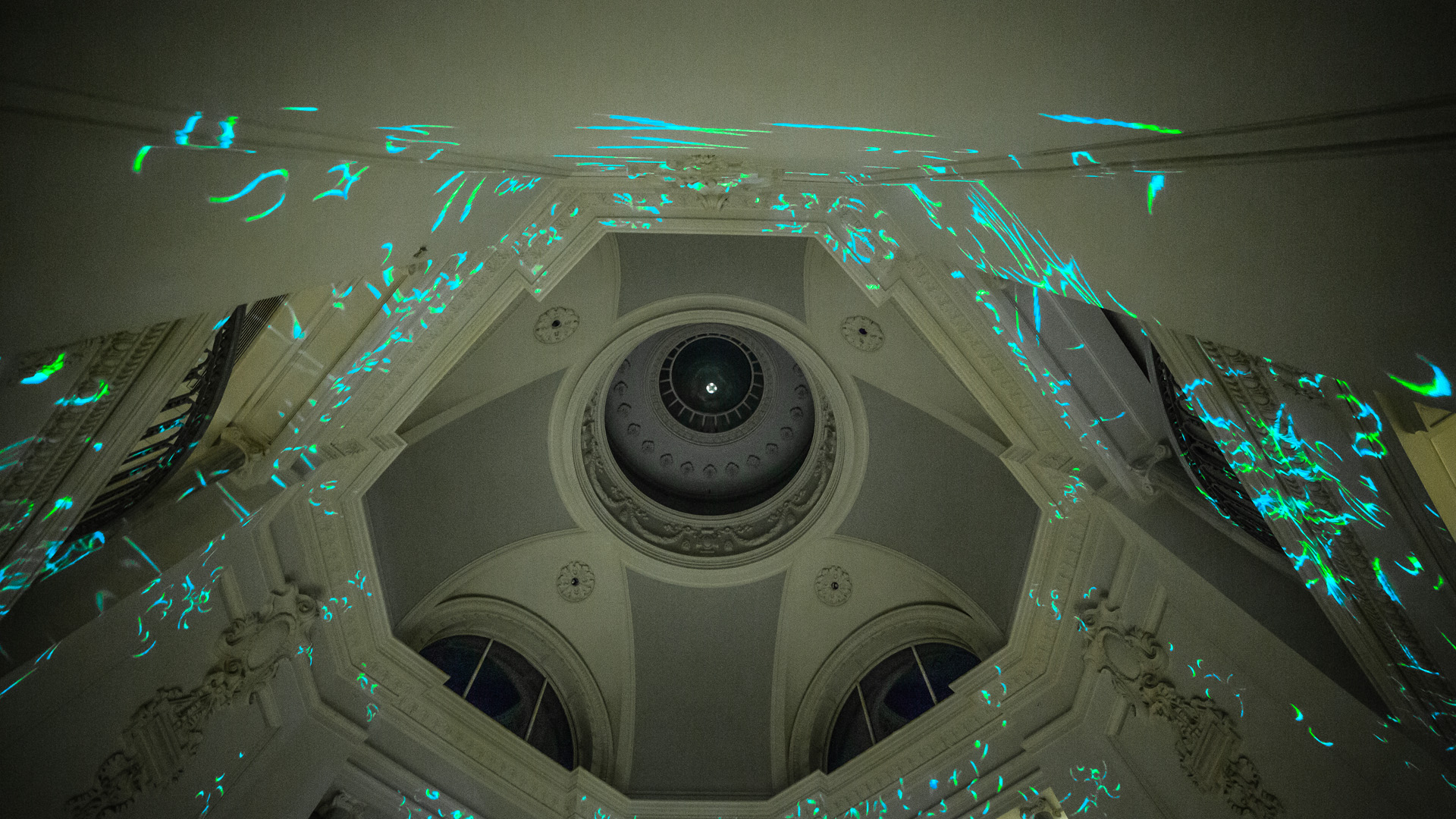 Four long form soundtracks played throughout the duration of the installation. Individual arrangements were created through a process of randomization based on a seed key; given a simple rule, notes within a key are iterated and arpeggiated. Randomization is used as a technique to access ideas and sensations that are beyond expectation. Moments of strange beauty are discovered through chance.